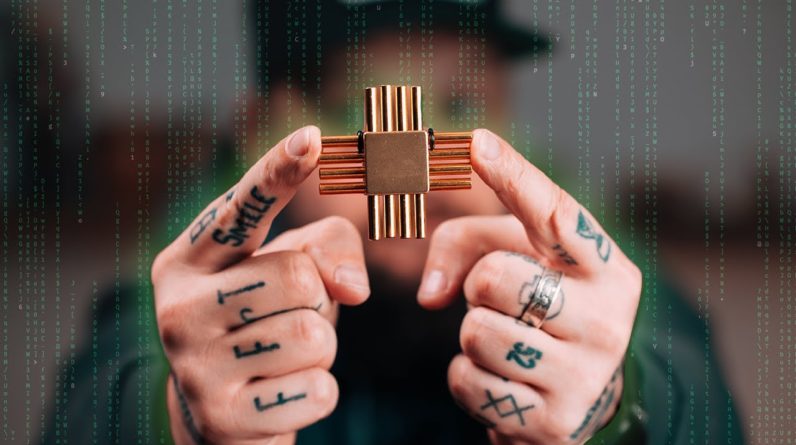 Here at first labs, we are processing the future through nanotechnology, artificial intelligence and bioengineering. We are creating solutions to problems that do not yet exist. Thanks to the new cpu chip, our service, bots drones and meca military will now grow smarter with each passing nanosecond with cpu. We are one step closer to letting ai become the leader. We need yo what’s up and welcome back uh before we get into anything in this video.

This video is sponsored by art grid dot. Io. You guys just saw that intro we did like. We do a lot of crazy intros here, but sometimes the intros. We shoot need to be supported with footage that we just otherwise can’t get our hands on and that’s where art grid comes into play.

This is an insane website. It is so crazy, like i literally it blows my mind going through this website, because you can literally find anything that most of those shots actually all of those shots, except for the puzzle shot were all from art grid, whether it’s 8k 4k hd, whatever you need. They’Ve got a plan for different tiers. There’S a monthly subscription, you pay or you can pay a yearly fee and that’s it. You have access to all this footage.

You can use it on your youtube pages, your socials. You want to help market something you work. You work in sales and need footage to support the product. You’Re selling, like people typing stuff on a computer or seven different shots of a golden retriever running through the forest in slo-mo they’ve got it they’ve got absolutely everything i mean. I can’t say enough good things.

I’Ve been using art grid and art list actually probably a year or two also quick note about art list, which is basically the audio version of art grid. So all the sound effects and all the music you hear in this video and probably most of my recent videos have all been with art list. I left both of those links below and art list just launched their new uh monthly plan so go check that out old websites that had stock footage. You would have to pay per video file so anywhere up to like 80 bucks or like a hundred dollars for like a small video. Whereas now you pay 50 bucks a month and you have access to all the 8k footage that art grid offers and currently with the art grid, link uh they’re having a crazy 100 discount on all plans along with two months free and if you guys, are creating Content out there even for your project at school, i highly recommend checking this out.

If you want drone shots time lapses. Videos of an astronaut circling the earth, whatever it is check it out below. I left the link there. Thank you to artgrid artgrid.io for sponsoring this video.

Let’S get into it. Today, we are looking at the cpu puzzle. This is a pretty simple puzzle made by puzzlemaster.ca one of my favorite puzzle companies that i use all the time i left the link below to this puzzle. It is affordable, it is fun and they have so many other puzzles.

You guys can check out so go check that out without any further ado. Let’S get into it here. It is cpu level, eight uh fun to do a little simple puzzle here, it’s one of their newest ones. I think before we get to the outside the box. Thinking we must first retrieve the puzzle from the inside of the box.

Okay, let me just my pet peeve is packaging by the way. This is what i do when i get packages. Oh look at that [, Music ]. It’S actually a nice looking little puzzle. I think it’s aluminum, i don’t think it’s brass, but it has like a brass finish.

I think if it were brass, it would cost a little more so before we get this started, let’s uh get the timer going. So the goal here would be to take these pins out and put them back in okay. It’S the only one that moves. Can i just [ Music ] there we go okay hold on a second okay, so now they’re all going to come out one by one. [, Music ] a little notch there, [ Music ], should probably put these in order.

Ideally i would just look at the footage and just go back and solve it, but we’re not gon na do that. So we got four here. My guess we’re gon na go from four and they have to be [, Music ] face down or face up, or both oh see, if you put it here, it blocks that way and then it opens up that way. Blocks opens up so that has to be there like that: [ Music, ] right and then we go on this side here. So we go from four, oh four to three, the two, the one to zero, okay, and that can stay face up on that one, because otherwise it would block okay.

Okay, so we got two of those. We got a two that is offset and the two that is centered right. I bet we can build this without this thing here, but it’s all about sliding. Ah, that’s the thing. We can’t really build it without that because it needs to slide through and we got this one so give me one.

Second [, Music ] there are so there are these grooves right, one. Two, three, four um! There are four grooves that the rods go through, but then the rods themselves, the grooves, can’t be in the same place. The grooves have to sort of be offset because they don’t match like this uh the grooves have to so. If this one goes on top, it has to be face down to leave space for the next one to go through right, so one side’s face down one side’s face up.

We know that much, let’s go do it, so this side is face down because it is up higher. This side is face up because it is down lower. Okay, we’ll start with the four. So four all the way goes face down. You see it goes from here to opening up completely, which is how we like it: okay, [, Music ], so we can leave it face up if they’re on the bottom.

That’S fine! Okay, good! Now we’re going to number three now. Both of these are absolutely identical and those will be going like that. [, Music, ], yes, okay, first two are complete.

Now we want to lock that one in by introducing the next one. So i’m guessing it’s the other three [ Music, ] [, Music ]. Now we go to two now: is it the off center one? It’S got to be the off center one because look uh. This makes sense.

So we have two here. If i put the center one there, you see how it’s overlapping one that’s already there, which is no good, so we definitely want this one in there because it doesn’t overlap the other ones. That is what we need in that spot perfect. Now we’re going to number two and we want to come in this way: uh nope! This doesn’t work because now i have two that are there, and this will also overlap, and this looks like in the middle, so so so so this one has to be over here: [, Music, ].

Oh that doesn’t work either. One of my first ones is kind of messed up there. All right. We start again, we go with four four and then we got ta go with three and we got ta. Do the three offset.

We only have one three, don’t we? Oh. We have two three offsets, so it has to be offset in a way that it opens up for the other one so not like that has to go through more, but it can’t [ Music ]. That’S the middle [ Music ]! So wait for us to be there, maybe [, Music ].

Oh, no, that’s right! There we go okay, we are now set up. If you look at the inside, because this one has three notches, it has to go past [, Music, ], and it has to open up for these three holes here just like that, but it has to also remain even on both sides. Okay boom. Now this one.

Okay, this one has to go in this way: yeah, yes, okay, [, Music, ], ah, but see that’s the problem, because two has to be centered, so there can’t be one in the middle. So then three has to be over here like this. Yes, so that the center two can now come in the middle here, brilliant and now this two must go here like so because it is off centered that is correct. Now we have a center and an off center. The off center, i believe, will be next.

Let’S try a second [ Music ] [, Music ]. I got the double in the middle. That’S the problems! This one has to be here. Okay, sorry, if i’m an intense concentration right now now this one goes here so far, so good uh!

Yes, let’s go! Let’S go! Let’S put that little seal on so it stays in. That’S actually a lot of fun uh, i wouldn’t say a level eight necessarily, probably more like a level, seven, six and a half seven uh. It does rack your brain a little bit but uh, nothing too crazy.

Nonetheless, that was uh that was cool dope little puzzle looks neat on the table: fun to solve uh, definitely cool, because you could just mix up the rods and really figure it out, and i think that’s the whole point like i could have obviously like remembered or Gone back and looked at how i put it, but there’s no fun in that the fun was actually in figuring out the pattern and and sort of reverse engineering how they had to go back in so super fun. Uh check it out left the link below to this uh like this video thanks guys hot dang wow there. It is solved it’s about 15 minutes to solve not too bad um. This is honestly, it’s it’s a fun little. This is right up my alley where, if you took this apart and left it in a bowl, shook it around, it would take you 15 minutes to solve it and that’s just enough time, while you’re waiting for someone or if you got some time to kill or If you’re just simply enjoying your morning coffee and want to solve a puzzle, highly recommend link below guys.

Thanks for watching this, we’ll see you on the next video 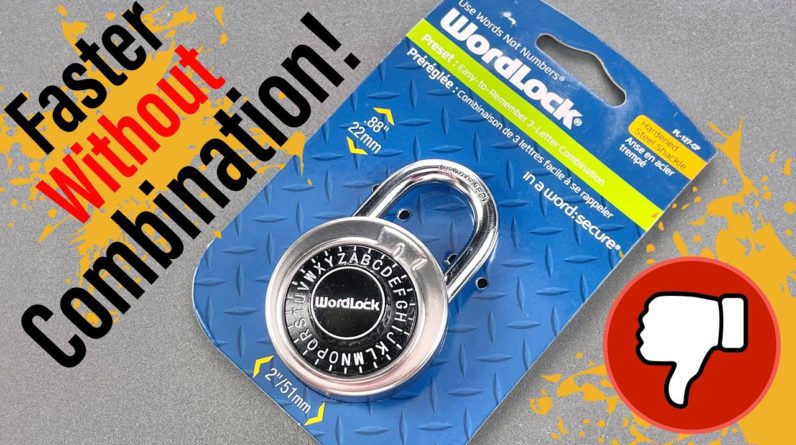 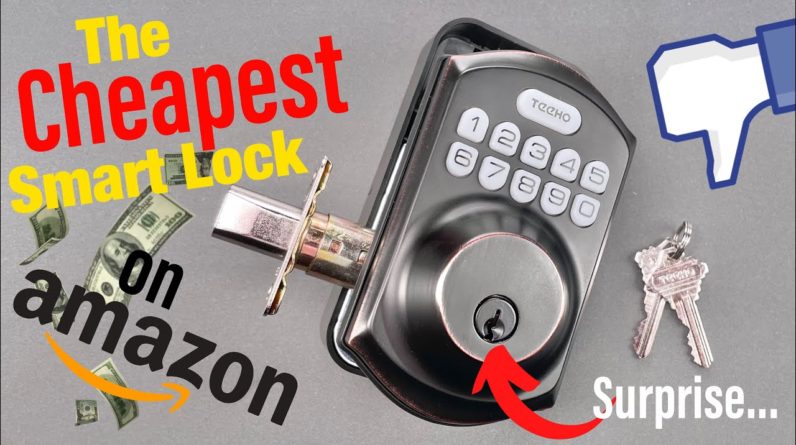 [1484] A Surprise in Cheapest Smart Lock on Amazon 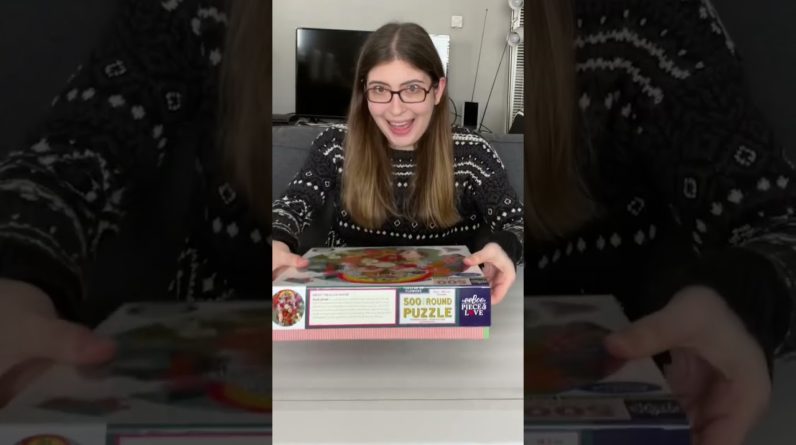 Yes, I really do puzzles on the couch 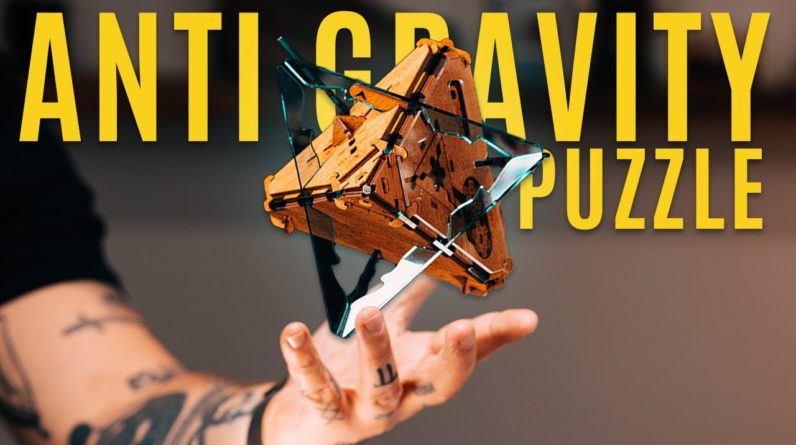 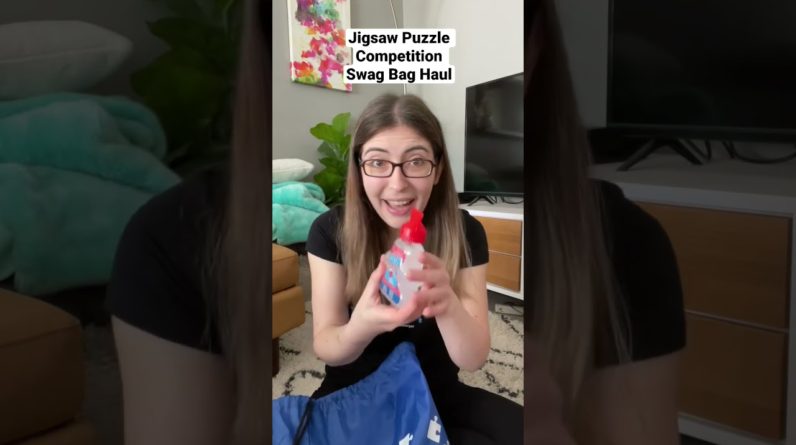 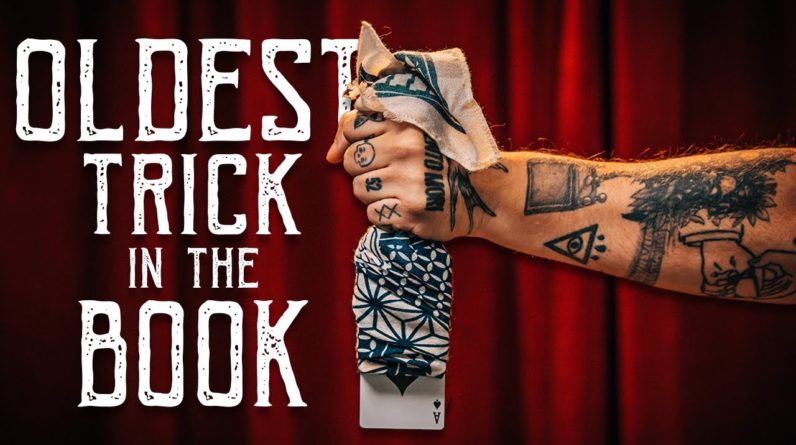 The Oldest Trick in the Book – Card Through Handkerchief